February 16, 2013
Lately I have started to read a lot again, which is a good thing. I used to be an avid reader. Avid wouldn't quite describe it. I would read anything I could lay my eyes upon. But somewhere down the line, the amount of reading I did on non-technical topics became quite small. Most of my reading for a couple of years was limited to tech blogs and web sites, until 2011.

It wasn't quite the lack of time which prevented me from reading much. There were two main reasons. The obvious one was, most of the time when I felt like reading, I found myself without access to a book, printed or or otherwise. The second reason was, I didn't come across good reads quite often. The magic of reading a good book was hard to come by, at least for me. Don't get me wrong. It wasn't the lack of good reads, I just wasn't finding them. Then of course, time at hand also played a part in which I wouldn't bother reading if I didn't enjoy it greatly. And to top it off, books from current-top-sellers more often than not didn't do well with me.

By 2011 I had re-started re-reading old favorites, like The Lord of the Rings, The Golden Rose, The Deep Range, So Many Hungers, The Destruction of Faena and a lot of Sinhala poetry books from greats like Sekara and Rathna Sri, catching up with a few pages whenever I could find time. I also re-read The Hitchhiker's Guide to the Galaxy by borrowing a copy from Chanux.

The surprise find came via Twitter. I believe it was Justin Vincent whose tweet in early 2011 brought my attention to the first book in my list; the book that changed my world view. It may now sound cheesy to say that something changed your life (thanks, mass media), but when it does, it does.

How good this book is? Late Aaron Swartz said:

"...it may just turn out to be one of the greatest books ever written."

commenting about this book. I readily agree. 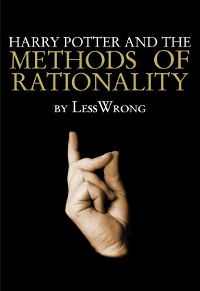 The full name of the book is Harry Potter and the Methods of Rationality, known among fans as Methods of Rationality, HPMOR, MOR or just Methods. Before the words "Harry Potter" turn some of you away, let me tell that it's not an official Harry Potter title. It's a fanfic. And before the word "fanfic" turns the rest of you away, let me tell that it's probably the best fanfiction ever. Once you look past the title and the classification and read a few chapters, it becomes clear that it's a brilliant piece of literature.

Being written by Eliezer Yudkowsky, HPMOR takes you to the wonderful world where Harry was brought up by loving relatives. By the time Harry receives his letter from Hogwarts he is already well initiated in the studies of Science, Rationality and reading. So Harry goes to Hogwarts and starts applying Rationality and Scientific Method to magic, and hilarity of epic proportions ensues. It turns a lot of characters and plots of Harry Potter canon on the head. Therefore if you are a HP purist, it might strike a nerve. But for everyone else, it's loads and loads of fun and chaos.

But excellent story, plots, character building or writing aren't the only reasons what elevates HPMOR to a class of its own. While the story remains immensely enjoyable, the author makes it an fun way to explore concepts such as Rationality, Scientific Method, Cognitive Science, etc. Every time Harry says something smart/wise/impossible there's a rationale behind it. And numerous books, experiments, lectures, etc. are referred from the real life. This is how it changed my life. It piqued my interest enough to seriously learn about rationality and what comes with it. Honestly I mainly wanted to think like Harry and have the super power of rationality. Eliezer (and Less Wrong) won. So did I. :)

The reason MOR is in my 2013 list (apart from re-reading) is because it's still a running story. The book is still being written and new chapters are added from time to time. I eagerly await the next ones to come. You can read (and download PDF, EPUB and MOBI formats) on the HPMOR website.

There's a book which was recommended to me a couple of times but never got around to read. After I found that it was referred inside HPMOR, it jumped to the top of my to-read list. After two copies were lost during shipping/delivery over a period spanning almost a year (I'm looking at you SL Postal Service), I finally received my copy of Gödel, Escher, Bach: An Eternal Golden Braid a couple of days ago. 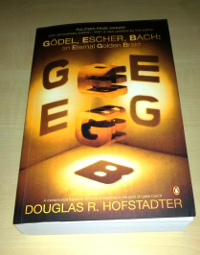 Written by Douglas Hofstadter, GEB, as it's commonly known, is an award (including Pulitzer Prize) winning book first published in 1979. The author describes the book as his:

The Wikipedia says that "through illustration and analysis, the book discusses how self-reference and formal rules allow systems to acquire meaning despite being made of "meaningless" elements. It also discusses what it means to communicate, how knowledge can be represented and stored, the methods and limitations of symbolic representation, and even the fundamental notion of "meaning" itself". Good stuff.

I've overheard (or may have been told) that GEB too is, one of the greatest books ever written. I have only read a few pages so far, but I'm already a believer. I'm yet to find GEB in a local bookstore. Therefore I bought my copy the next best way. More about that later.

The Design of Everyday Things

While I'm not certain how I came to hear about this book, I believe I might have seen about it in the Puppet Labs blog. I just received it yesterday. Therefore I don't have much information about it other than what I saw elsewhere.

Written by Donald Norman and first published in 1988 under the title The Psychology of Everyday Things, this book is also a very popular one. The Design of Everyday Things or sometimes called DOET, is about the design of simple objects, and why some objects please their users while others frustrate them. I believe the title of the book is enough of a strong hint about what's inside. 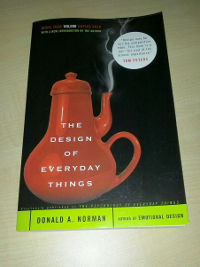 The Wikipedia says that:

I received DOET the same same way I bought GEB. I bought the books from the online book store The Book Depository and the good people there delivers the purchases worldwide without charging for shipping. That's correct, no shipping fees. Suddenly, buying books online has become very feasible. They also have a free eBook section.

A couple of technical books 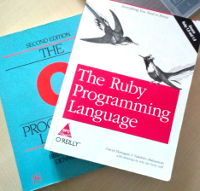 Since it's bound to happen, I plan to read/refer a couple of good tech books. While I'm not sure which, with my ever-learning of Ruby and re-touching C (go home C++, you are drunk) it's likely I'd refer related books. I also look forward to read Practical Vim.

Other than those, I'm looking forward to good books on the topics Go, ZeroMQ and Ceph (perhaps Erlang too) plus whichever new technologies that would be fascinating me.

I won't be deciding which and when. I'd take the opportunity when it presents itself. Which reminds me, I have yet to read my good friend Iranga Yaddehige's second poetry book.

And finally, some Classics

So far I don't own a Kindle or a Nook or any Tab for that matter. But reading on a mobile device has become very second nature to me thanks to my trusty phone. Since June, 2012 I'm a happy owner of a Samsung/Google Galaxy Nexus smartphone. With a large high quality display, it functions well enough as a Reader for me. I'm only using Aldiko Book Reader app right now, but stored in there is a collection of classics I'd love to touch if and when I get a time. It's packed from Vatsyayana to Bronte, and from Sun Tzu to Nietzche. I'm all set. :)

PS: After proof reading the post, it struck me that the entertainment I'm interested the most these days are the type that challenges my intellect and involves topics such as Rationality, Cognitive Science, Behavioral Science, Physics, etc.

It's not just books. Even quite a few of the TV shows I watched recently follow the pattern: Sherlock, The Mentalist, Lie to Me, Psych, Death Note, Naruto.... Oh, well.

July 23, 2007
I know some of you are asking why , rather than how , regarding migration from Mozilla Thunderbird to Evolution. Maybe that's why there are lot of Evolution to Thunderbird migration guides, but not many vice-versa. Fear not, here is a guide, to assist who dare to migrate from Thunderbird to Evolution. The techniques described here are tested with the newer versions of both the software, namely Thunderbird 2.0.0.4 and Evolution 2.10.2. On higher versions also this should work without an issue. I think Mozilla people are doing a wonderful job with both Firefox and Thunderbird . From my point of view Firefox is the best general purpose web browser around. It beats most proprietary browser in speed, stability, security, modularity, etc. (and don't start commenting the so and so browsers are greater or so and so is cool too. I know they may be, Fx is simply my choice. This also applies to any comparisons with Evolution too :) However Fxs' counterpart in e mail business, is not
32 comments
Read more

August 26, 2008
Setting up a Subversion (svn) repository is something development teams have to do fairly regularly, not that I want to use Subversion. :) If you listen to me, go use Git . Subversion is undoubtedly very good. But after using Git for about a year, you can't simply get me to switch back. Git is that good. :) I've written about Git before . In cases where you can't use Git (or you feel too castrated by TortoiseSVN, pardon me for the pun) you can use Subversion. In this post I'll go through the steps you have to follow to get a basic Subversion setup up and running on a CentOS 5 Linux host. However I think you should be able to use this on other Linux distros too. There's more than one way to host a Subversion repo. I'm going to stick with one way involving WebDAV. Don't mind the buzz word. It's the most common usage for this purpose. If you want a repository where you want to checkout and commit remotely, this is an easy way of getting it done. In additi
9 comments
Read more